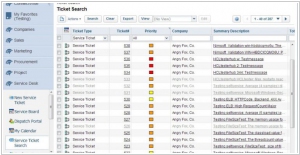 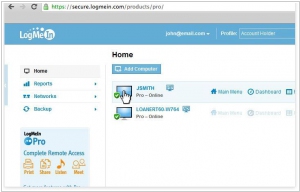 LogMeIn gives you fast, easy remote access to your PC or Mac from your browser, desktop and mobile devices. Premium features like file transfer, file sharing and remote printing help you stay connected and productive wherever you go.
ConnectWise vs LogMeIn in our news:
2019. LogMeIn is bought by investment fund for $4.3B

LogMeIn has agreed to be sold for $4.3 billion to affiliates of Francisco Partners and Evergreen Coast Capital Corporation. Bill Wagner, president and CEO at LogMeIn, is optimistic that the partnership with Francisco and Evergreen will help the company going forward. As for the private equity firms, they are getting a broad portfolio of products, including unified communications and collaboration (UCC). In addition to own remote desktop software, LogMeIn owns social collaboration software Jive, web- and videoconferencing service GoToMeeting, password management service LastPass. LogMeIn, the company that provides remote access app and new alternative CRM solution Bold360 (launched in June) has acquired for $45 million Nanorep, a startup that develops chatbots and other AI-based tools to help people navigate self-service apps. In essence, its platform helps anticipate what customers are trying to do when they’re on a website — say in a technical support or search situation — and reduces the number of steps needed to get there. It looks like all of Nanorep’s existing business will continue as its tech also gets integrated into Bold360. LogMeIn, the provider of remote PC management, is buying Meldium, the startup noted for its password management and single sign-on capabilities. Meldium aims to make it easier to grant and rescind a person’s rights to business apps and data, which in turn makes life easier for companies that hire interns, freelancers or contract employees. Meldium’s promise is that it lets an admin easily disable or delete corporate accounts of a given person without screwing with her personal accounts. LogMeIn plans to integrate it with LogMeIn’s offerings, which include Join Me,  AppGuru, LogMeIn Central and LogMeIn Rescue. Meldium competes with companies like Okta and even Microsoft in some cases.