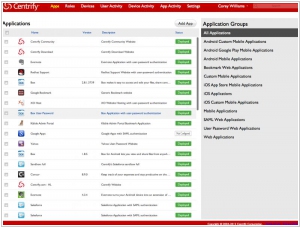 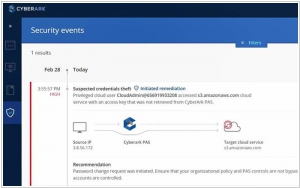 CyberArk is the only security software company focused on eliminating cyber threats using insider privileges to attack the heart of the enterprise.
Centrify vs CyberArk in our news:
2014. Samsung invests in cloud-based Enterprise Identity Management service Centrify

Centrify, the cloud-based identity management software for enterprise has picked up $42 million from a group of investors that includes Samsung Ventures. Although Centrify has expanded into difference aspects of identity management and security over its ten years of business, one of the key areas that it has been putting a lot of effort has been into cloud-based security. That effort now appears to be bearing fruit: it forms the core of the company’s mobile device management offering, which lets IT departments control mobile apps and other services and gives users a single-sign on for access. This is what Samsung itself has started to incorporate into its own KNOX MDM solution, which was initially announced at MWC earlier this year and is now being rolled out.