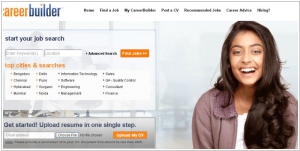 Looking for a new job? Get advice or search over 1.6 million jobs on the largest job site, set alerts to be first in line and have new jobs emailed to you. We are the global leader in human capital solutions. Through constant innovation, unparalleled technology, and customer care delivered at every touch point, CareerBuilder helps match the right talent with the right opportunity more often than any other site.
10
Monster 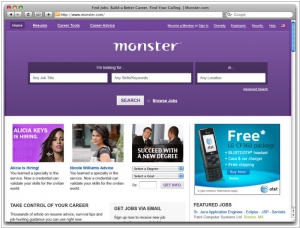 Find the job that's right for you. Use Monster's resources to create a killer resume, search for jobs, prepare for interviews, and launch your career. Find thousands of relevant articles on resume advice, job-hunting guidance, career planning tips and more.
CareerBuilder vs Monster in our news:
2016. Randstad buys recruitment portal Monster for $429M