Access a reliable, on-demand infrastructure to power your applications, from hosted internal applications to SaaS offerings. Scale to meet your application demands, whether one server or a large cluster. Leverage scalable database solutions. Utilize cost-effective solutions for storing and retrieving any amount of data, any time, anywhere.
9
Cloud Foundry 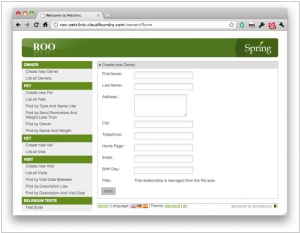 Open Source Cloud Application Platform that makes it faster and easier to build, test, deploy and scale applications, providing a choice of clouds, developer frameworks, and application services. It is an open source project and is available through a variety of private cloud distributions and public cloud instances.
Amazon Web Services vs Cloud Foundry in our news: All the talks about open cloud platforms, open cloud standards and free migration between clouds - most likely will remain just talks. OpenStack is trying to build the communism in the Cloud, but with its communist-like business organization, it will hardly succeed. Meanwhile, Amazon, Google, Microsoft are build cloud platforms with their own standards, with unique features, and can afford to reduce prices for computer resources. They can afford because customers will remain and pay for additional features. Migrating to another platform will be very difficult.

In addition to new pricing, Google and Amazon introduced the new cloud services. Google launched the clone of Amazon's Glacier - Durable Reduced Availability Storage (cheap storage for very large amounts of data with slow data access). And Amazon played its muscles. It's new service Redshift allow to host databases the size of which is measured in petabytes. It's difficult to say about the demand for such a service, but it should definitely make a positive impact on Amazon's reputation. If they can play with petabyte-databases, than your little project will work on Amazon without a hitch.