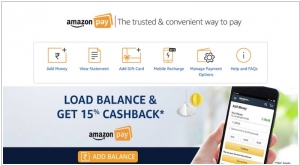 Millions of Amazon customers can login and pay on your website with their stored account information on Amazon.com. Login and Pay with Amazon can help you add new customers, increase sales and turn casual browsers into buyers. It’s fast, easy and trusted — leverage the Amazon brand to grow your business.
25
Stripe

Stripe builds the most powerful and flexible tools for internet commerce. Whether you’re creating a subscription service, an on-demand marketplace, an e-commerce store, or a crowdfunding platform, Stripe’s meticulously designed APIs and unmatched functionality help you create the best possible product for your users.
Amazon Pay vs Stripe in our news: