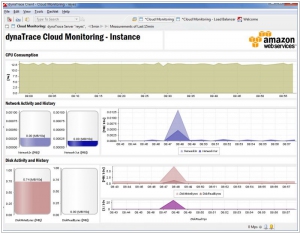 CloudWatch collects monitoring and operational data in the form of logs, metrics, and events, providing you with a unified view of AWS resources, applications, and services that run on AWS and on-premises servers.
15
Datadog

Datadog is a monitoring service for IT, Operations and Development teams who write and run applications at scale, and want to turn the massive amounts of data produced by their apps, tools and services into actionable insight.
Amazon CloudWatch vs Datadog in our news: