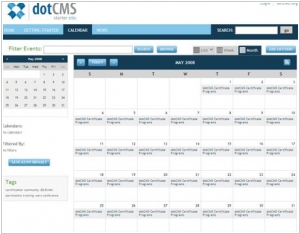 Dotcms is an Open Source Content Management System (CMS), built on leading Java technology and open standards. Take the worry out of hosting your own Content Management System (CMS). DotCMS Cloud allows you to get started quickly and scale rapidly to meet your sites' growth. Allowing you to focus on what matters most, your business.
Alfresco vs dotCMS in our news:
2016. Alfresco is available as a managed service on AWS