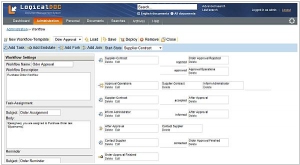 LogicalDOC is a document management system software easy-to-use, reliable and affordable, which can improve your business efficiency. The installation and implementation of LogicalDOC's Document Management System software is easy. Irrespective of the type of organization whether large or small, the support, licensing and optional packages are all affordable. LogicalDOC - DMS (Document Management System) greatly facilitates how one manages and process important documents, this eases your job and saves you a lot in terms of monetary value and time waste.
Alfresco vs LogicalDOC in our news:
2016. Alfresco is available as a managed service on AWS