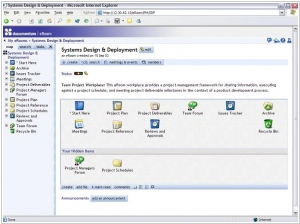 Documentum provides management capabilities for all types of content including business documents, photos, video, medical images, e-mail, Web pages, fixed content, XML-tagged documents, etc. The core of Documentum is a repository in which the content is stored securely under compliance rules. This repository appears as a unified environment, although content may reside on multiple servers and physical storage devices within a distributed environment.
Alfresco vs Documentum in our news:
2016. Alfresco is available as a managed service on AWS