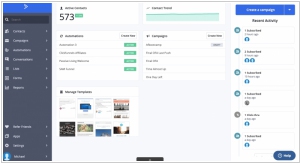 HubSpot offers a full stack of software for marketing, sales, and customer service, with a completely free CRM at its core. They’re powerful alone — but even better when used together.
ActiveCampaign vs HubSpot in our news: